Four Reasons Why You Should Support Your Local Non-League Team

Every season the international break comes around and fans of Premier League clubs all moan in unison as teams such as Liverpool, Manchester City, and Chelsea are replaced by the likes of Latvia, San Marino, and Malta. However, the international break gives you the chance to go and support your local team. Below we are going to give you five good reasons why you should watch your local team every now and then.

Premier League fans regularly protest outside their stadiums against the rising prices of tickets. When you go and watch a non-league match, you get to watch a game of football and experience a better match-day atmosphere for peanuts. Manchester City might be one of the best teams in the world, but there are not many who would disagree with us when we say that the atmosphere at the Etihad is poor. In fact, it is not nicknamed the “Emptyhad” by fans of other Premier League teams just for the fun of it. They struggle to fill their huge stadium and you would find better atmosphere at your gran’s funeral.

The Grounds Are Unique

Non-league football is wacky and weird, and that includes the grounds where the games are played. All the stadiums from the North West Counties League up to the National League have their own characteristic. Let us take Hallam FC as a good example of this. They play their football at the world’s oldest ground and there is a significant slant in the pitch.

Or, it might be the smaller things that manage to catch your attention. For example, Ramsbottom United from the Evo-Stik Northern Premier League will serve everyone a cup of tea at half-time and later some volunteers will walk around asking for a small donation. No match-day experience is ever the same when watching non-league teams play.

The Standard is Better Than You Would Imagine

If you have not watched a non-league game before, then we assure you that you will be surprised by the standard of football that is on offer. Yes, you will see the occasional hoof-ball team, but the majority of the teams consist of some quality footballers. People imagine non-league football to be similar to Sunday league, but that is no longer the case. Many players in non-league have played professionally and the pitches are now of a standard that allows for good football. Players such as Jamie Vardy, Dwight Gayle, and Charlie Austin used to light up non-league football, so please do not knock the quality before you have seen it for yourself. 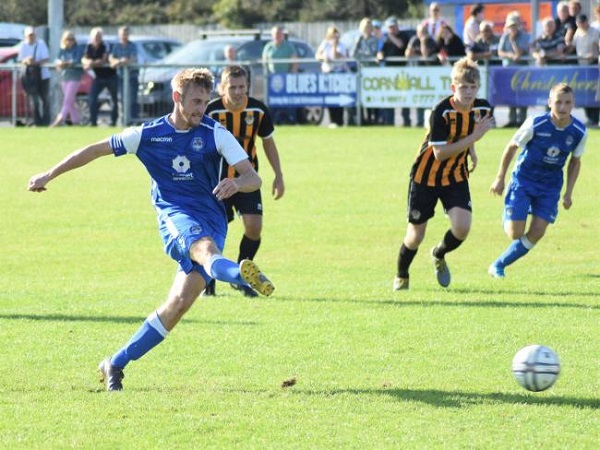 There Are Sleeping Giants

The last decade has seen many clubs reform in the lower leagues such as AFC Wimbledon, FC Halifax Town, Chester FC, Diamonds, and AFC Rushden. Along with these there are other established non-league sides such as Ebbsfleet United, Boston United, and Wealdstone (whose most famous supporter is the Wealdstone Raider). These are big clubs with a huge fan base, meaning that you certainly do not have to look far to find a decent team to support on the cheap. D’ya want some entertaining football? Well, they’ll give it ya.

Us British love to watch our favourite teams play, but we also love to bet on football as well. When people are asked to think about football betting, their minds will usually be drawn to betting on the Premier League. However, what many punters are unaware of is the fact that there are markets for the majority of non-league games at the best bookies. With some bookmakers, such as Bet365, you will find more than 60 markets for each non-league game, which is pretty amazing if you ask us. There is the potential to win a nice profit by betting on non-league football but, like when you are betting on any sport, it is important that you take the time to do your homework.